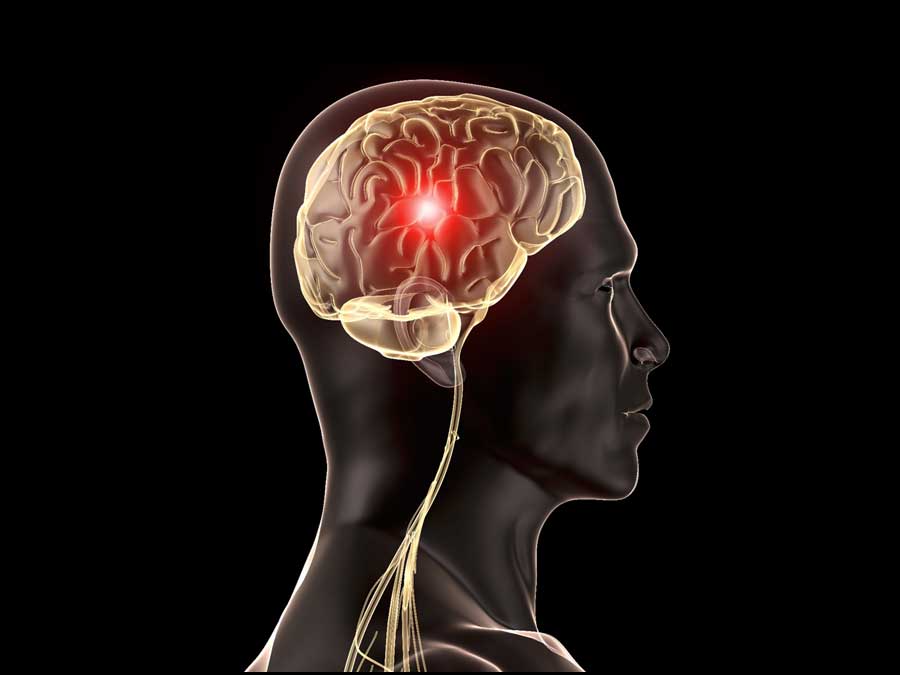 Could the Spine Be a Contributing Factor in Multiple Sclerosis?

Multiple sclerosis (MS) is a chronic, inflammatory, demyelinating disease of the central nervous system with an unknown cause.1-3 2.3 million people are affected worldwide with multiple sclerosis.4 As many as 450,000 people in the U.S. deal with this disease and it is becoming more prevalent as time goes on.4 Based on this estimate, 200 new cases are diagnosed each week.5 MS is more common in Caucasian females from the ages 20-50 6,7 and Caucasians that live in northern temperate zones.8-11 There is currently no cure for MS which is why treating MS symptoms can get expensive and frustrating over time as. The current standard of care focuses on treating and alleviating the symptoms associated with MS,7 but something that hasn’t been explored in depth is the involvement of the function of the cervical spine on health in particular MS. Current treatments for MS is NSAIDs and other narcotics that have side effects turning people to look for more alternative options without the harmful side effects. If this disease gets severe enough, progression of this disorder can result in death, which is driving MS sufferers for alternatives in healthcare. 4,6

MRI is one of the best diagnostic tools to diagnose multiple sclerosis as well as track the progression of the disease because it can differentiate old lesions from new lesions.11,12 Myelin degeneration and/or lesions found in the central nervous system (CNS) are seen as plaquing (sclerotic) on MRI11,13 This disease can vary so much from person to person. It is a rare to find any two people with the same exact symptoms and progression4,7,11,13,17

How Can This Happen?

Plaquing and destruction of the nerves can block nerve signals causing the nerves to become sluggish, have reduced or total loss of function.18

Some common causes of spinal trauma are concussions, whiplash injuries, abnormal posture, disc degeneration, kyphosis of the cervical spine (reversal of the sagittal cervical curve) can cause many neurological problems, some of which may imitate or be very similar to those seen in MS.19,20 A study by Shimizu et al found that a kyphotic neck resulted in demyelination of nerve fibers as well as vascular changes in the spinal cord.21 When this demyelination process progresses it can lead to numbness, changes in vision and other neurological problems. Also, when the neck is kyphotic it stretches out the spinal cord putting tension on it. Postmortem evaluation of spinal cords of individuals with MS revealed “deformed blood vessels with hyalinization, organized thrombi and or complete occlusion, leading to myelomalacia, gliosis and local shrinking.22 The apex of the reversed cervical curve also places significant pressure on the spinal cord and the anterior spinal artery decreasing blood flow going to the spinal cord over time. A compromised anterior spinal artery over time can lead to ischemia, including demyelination of nerve fibers.21,23 If this is left uncorrected over time it can lead to muscle weakness and other neurological problems.21,23 Misalignments of the upper cervical spine can also cause venous compression which may contribute to symptoms experienced by MS patients.25,26  In a study by Elster et al 40 of the 44  MS patients symptomatology improved with chiropractic care by aligning the upper cervical spine.14

Tensile stress (stretching) on your spinal cord and nerves can impair oxidative metabolism of the mitochondria. Since neural tissue relies heavily on oxygen for survival this also means it can disrupt oxidative phosphorylation meaning that not as much. Adenosine triphosphate (ATP) will be made. If the currency of energy (ATP) cannot be produced for neural tissue then this can progress to nerve dysfunction27,28 because the nerves will not have enough energy to conduct electrical impulses, leading to symptoms seen in MS patients. These stresses and strains that alter oxidation can extend healing time and in fact, cause cellular disruption and degeneration (AKA arthritis).29

Researchers noticed that when performing needle thalamotomies, they later found lesions on MRI in the area where the needles were placed previously.30 This suggests that getting multiple injections when dealing with MS might cause flare ups or progress the disease faster. Trauma to the central nervous system has been seen as a trigger for the initiation for the appearance of symptoms for MS.30 Minor whiplash injuries may be a contributing factor as they can cause changes in the blood supply to the central nervous system.30 There is also a correlation between cervical spondylosis and MS.  Burgerman et al suggest that there might be two types of MS, an autoimmune response of unknown cause and one caused by or associated with “myelin breakdown due to chronic or recurrent cord compression,” leading to an autoimmune response.33 It seems reasonable to consider that head injuries affecting the brain and spinal cord could increase the risk of MS since the central nervous system is the organ that is mainly affected in patients with MS. One concussion during an individual’s adolescent years was found to increase the risk of MS by 22% and increase 133% in individuals who have had more than one concussion.32 Certain mineral and vitamin deficiencies may increase risk for MS such as a deficiency in vitamin D which doubles women’s risk for MS.31

In one study by Stoll et al, 57.7% of people who have been diagnosed were seeking out alternative medicine or therapies to avoid some of the side effects associated with medications.12 Another study by Dougherty and Lawrence concluded that “chiropractic care may represent a viable non-pharmacologic treatment alternative for patients suffering from chronic musculoskeletal pain syndromes associated with MS.”3 Another study done found that 3 out of the 4 patients that had MS had a previous significant trauma before being diagnosed with MS.16A correlation has been found between chronic cerebrospinal venous insufficiency and MS and could be a cause of the neurodegenerative disease.18,34 Severe misalignments of C1 (Top bone in your neck) are thought to be linked to the compression of cranial venous flow, which may be contributing to a decrease in blood flow to the spinal cord.18,34 Rotation in C1 and C2, disc herniations C4-C7  and chiari malformations have been found to decrease CSF flow totally and partially to the brain found using UPRIGHTⓇ CSF flow by the FONAR UPRIGHTⓇ Multi-PositionTM  MRI. This is huge in the research world! Decreased CSF could be a contributing factor for MS and should definitely be considered a component when looking at MS.35 A study by Elster looked at 81 patients with MS and Parkinson’s disease. Of the 81 patients, 44 had MS and 43 could recall a history of trauma. Of the same 44 patients that had MS, 91% showed improvement after chiropractic care.17 There was one case where lesions found on MRI had disappeared after 1 year of chiropractic care.14  This suggests that there may be a link between trauma to the spine and nervous system and MS. Abnormal posture and structure of the cervical spine can cause the spinal canal to change in length which results in increased tension of the spinal cord,36,37 which can impair the CSF, oxygen, and nutrients going to and from the spinal cord.38  In a study by Carson et al, of the MS patients that were using chiropractic care, 92% said they would recommend chiropractic care to other people who were experiencing MS.18 Doctors in another study concluded that chiropractic treatments might be a good addition to a multidisciplinary approach to MS.39

There is still hope for non-invasive procedures to help manage and reverse MS. Although MS can be very debilitating and hard to track because symptoms come and go in waves, research is still being done and this offers a different perspective that is often not considered. Causes of immune system dysfunction can come from miscommunication problems in the nervous system.40 Chiropractic adjustments have been shown to help restore normal immune function11,41 as well as return proper structure to the spine, decreasing tension on the spinal cord. Why keep waiting, when there are possibilities out there that might be able to help like chiropractic.