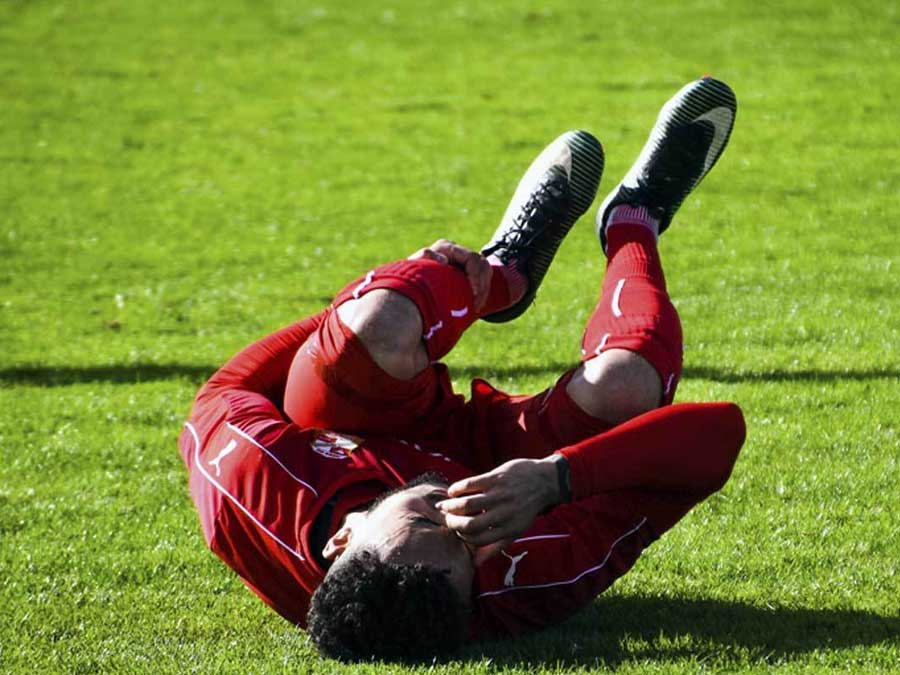 ACL Injuries and What You Need to Know

The anterior cruciate ligament (ACL) is one of the most physically, financially, and emotionally devastating sport related-related knee injuries.1 It can keep athletes from playing their sport that season and even end their career. The ACL is an important ligament in the knee because it prevents the tibia from moving forward and rotating. Since the knee has such a complex design it calls for a higher level of stability for regular function.2 When people think of knee injuries they often think of contact sports, but in fact, 70% of all ACL injuries are noncontact believe it or not.3 We have to ask ourselves why these types of injuries are occurring without contact with other players during sports and other athletic events.

All of the Forces That Can Act on the Knee

The knee has many different forces that act on it both biomechanically, muscles pulling on it, and the resistive forces from ligaments

Positions That Strain the ACL

How Much Force Does It Take to Tear an ACL?

The ACL is actually incredibly strong! The ACL has a tensile strength of  494.6 lbs.29,30 This means that you could hang 493lbs off of your ACL before it would tear! That is super strong! Without an ACL the tibia can translate forward with 30.1 lbs of force,31,32 making the knee more susceptible to injury. The quadriceps muscle alone can tear the ACL itself if it can generate 1,011.6 lbs of force with the knee at 20º of flexion.33

There are some researchers that say it surgery increases your risk of arthritis in the future depending on the amount of scar tissue that is left over and how invasive the surgery is. There is not enough evidence yet to support the statement that replacing the ACL will prevent osteoarthritiswith a slight increase from 37% to 44% if you get ACL replacement surgery.34 The biggest factor in osteoarthritis is a meniscectomy35 as well as obesity.

The Core and Its Role with the Knee

The core is often talked about a lot, but is often not described and varies who you talk to. For the purpose of this article I will refer to the core as the muscles of the hips, pelvis and lower back. Muscles included are;

The purpose of the core is to provide stability for distal limb mobility. People who study the kinetic chain know that the core is involved in almost every movement of the body’s limbs .

2 Ways to Assess the Core

With a single leg standing test, when you lift one leg the hips should remain level, the body should be upright without arching the back or hunching forward.

Performing a one legged squat can reveal many core imbalances as well as muscle coordination in and around the knee. When lowering the body, the supporting knee should not move towards midline. If this occurs your knee will be more prone to injury including your ACL.

The core allows for stability so the distal limbs can use it for an anchor to properly function7.

When the core is weak you will have a positive test like the pictures below. A weak core does not provide a good anchor for the leg.

Should I Stretch More?

Sometimes people think the solution to a lot of problems are to just stretch more. Stretching is only beneficial if your muscles and ligaments cannot move through their normal range of motion. Being too flexible can be just as detrimental as not being flexible. You want a good balance so work on whichever pertains to you and your body. If you have had an ACL replacement, stretching is critical during the rehabilitation process as the scar tissue is forming.

What Is Neuromuscular Control?

How to Increase Neuromuscular Performance of the Lower Body

Does the Playing Surface Have a Role with ACL Injuries?

In the past all field sports used to be played on natural grass fields. With sports playing all year round turf fields have been introduced. The friction with the turf field is different than with grass fields. It has more cushion, meaning more give, and more potential for injury. During the NFL season 2002-2008 there was an 88% increase in ACL injuries when switching from grass to turf!!

What Else May Be Injured During an ACL Injury?

The cartilage in your knee is susceptible to injury during the time frame the ACL is torn and is more likely to get injured after the ACL is torn since the ligament is not able to keep the femur and tibia on track. The most common piece of cartilage that is prone to injury is the medial meniscus and the most common ligament is the medial cruciate ligament.

•Medial Cruciate Ligament (MCL) strain usually occurs 5lbs of force during knee abduction63 and 11lbs of force of internal tibial rotation63 This suggests the MCL strains would more likely to be secondary to ACL tears since ACL is under load where before MCL is.

Being a female is a risk factor for a couple reasons. One reason is that they have wider hips generally increasing their Q Angle, stressing the ACL more. Their ligaments are not generally as strong overall compared to men, and their hormones can have an influence on the strength of the ligaments in the body.

Vitamin D is good for reducing inflammation after surgery because inflammatory cytokines are increased during the post-surgical recovery time. Having normal levels of vitamin D concentrations >30ng/mL facilitates the healing processes and allow for better muscle contractions during the rehabilitation process. Low vitamin D levels are associated with muscular weakness.69

This hormone is released during pregnancy and make the ligaments in the female body more flexible and stretchable, preparing the body to expand the pelvis for the delivery of the baby.

This little ligament helps to prevent over rotation of the knee. If this ligament is injured, then the ACL will have to work harder to compensate for the lack of instability.

Chronic ankle instability leads to fatigue faster allowing the knee to work harder and receive more forces that are normally handled by the ankle. Spraining your ankle over and over will make you more prone to injuring your ACL. If you keep spraining your ankle it is a good idea to get it checked out to see if it is in proper alignment.

The nervous system controls and coordinates all muscle movements within the body. If the nervous system cannot properly communicate with the muscles in a timely manner and in an organized fashion then functional instability will result in the joint making it more prone to injury.

How to Prevent ACL Injuries

What Is Proprioception and How Does the ACL Affect It?

How Can Chiropractic Help?

Chiropractic works to align the spine and extremities so that the body moves better biomechanically while also removing nerve interference within the body. This improves muscle coordination and balances muscle tone between left and right side of the body.

How Do We Check to See if You Have Nerve Interference?

We use infrared thermography to measure the temperature of your back which is an indirect measurement of how balanced your nervous system is. If there are areas that are too hot or too cold, then it would indicate an imbalance within the nervous system since the nerves control the blood flow to your skin.

On the LEFT is someone who initially came into the office. On the RIGHT is the same patient after chiropractic care. The nerve interference has significantly reduced allowing the body to function better.